We often get asked the question, " what is the quickest way to cycle my aquaponics system? ". Our answer is always "Slowly". Let nature handle it in its own time.

Most aquaponics enthusiasts are too eager to add fish and plants to their systems, often with tragic consequences for the fish. Cycling your system from scratch takes about 6 weeks from first run of the pump, don’t rush it.

We had a customer who had read somewhere on the internet that adding household ammonia would speed the cycling process. CATASTROPHE !!! ..over 100 dead fish.

We're not fans of adding commercially available bacteria either. Many don't work, and you may be introducing unwanted pathogens into your system.. If you do want to speed up the cycling process, the best way is to get some water from an established fish pond, river or lake, provided that water is not contaminated, and pour it into your system (referred to as "seeding" you system) . This water will have good concentrations of beneficial bacteria and should cut a few days off your cycling period.

Below is a graph showing the average natural cycling period:

The vertical Y-axis denotes the total mg/l of the different variants of Nitrogen (i.e. Ammonia [NH4], Nitrite [NO2] and Nitrate [NO3]) . The horizontal X-Axis is the time period in days.

The idea over time is to get a high nitrate concentrate, which is what your plants need, whilst totally removing the toxic ammonia and nitrite ,which can kill your fish.

So what are the steps to get the process going?

As can be seen in the graph, over the first 10-15 days, ammonia will gradually increase to a peak. At this stage, beneficial bacteria called Nitrosomona establish themselves in the system and start "fixing" ammonia into Nitrite. From the graph, you will note that when this happens, the ammonia level starts decreasing and the nitrite level starts to increase.

25 days into the cycle, the nitrite level will have peaked. Another beneficial bacteria called Nitrobacter then enters the system, "fixing" nitrite into nitrate.

By days 40 to 50, your system should have zero (or less than 1mg/l) ammonia and nitrite. Your nitrate should however be 100 plus.

You will also notice in the graph, a dip in the nitrate level at around the 50 day mark. That is basically to illustrate that when you do a water change, the concentration of nitrate drops. This is often the practice with aquarium enthusiasts who need to keep nitrate levels down to reduce the likelihood of algae growth. They generally replace 25% of the water in their aquariums on a weekly basis.

In aquaponics however, there is no need to do a water change. Water top-ups are however required on a regular basis as water evaporates or is assimilated by plants. You should therefore aim to keep nitrate level above the 100mg/l mark.

Once you ammonia and nitrite levels are below 1 and your nitrate level is above 50, you can slowly start adding more fish and start to plant seedlings.

During the cycling process, it is important to test ammonia and nitrite levels every second day during the first 40 days. Of course, you should also be testing the nitrate level on a weekly basis, though its not as important during the initial phases.

The most affordable way to test ammonia, nitrite and nitrate is to use colour test kits as per below. You take a sample of water, add some reactive drops from the test kit and wait for a colour change. Each test kit is good for between 50 and 60 tests. 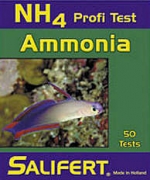 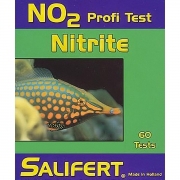 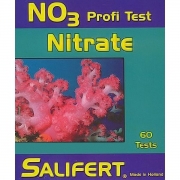 ...so for example, when Ammonia is high and nitrite and nitrates are low, the probable causes could be: 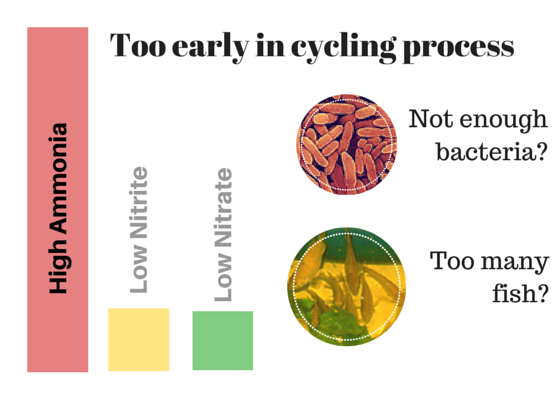